Commemoration. XX Anniversary of the death of Enrique Gran. Santander, 2019.

On the occasion of the 20th anniversary of the death of Enrique Gran, the Enrique Gran Foundation, in collaboration with the Cantabrian institutions (Santander City Council and the Government of Cantabria), will pay a historic tribute to the painter and humanist Enrique Gran, focusing these commemorative events for the occasion on a concert in Santander Cathedral. The journalist Luis del Olmo will give voice to the writings of Enrique Gran, accompanied by the Salvé Choir of Laredo under the baton of the conductor José Luis Ocejo. In parallel to this central 20th anniversary event, the publication of the book “Esencia de Gran”, with the Mayor of Santander Gema Igual, the journalist Luis del Olmo and the President of the Enrique Gran Begoña Merino Gran Foundation, at the presentation table (Librería Gil de Santander), completes the commemoration of this 20th anniversary. 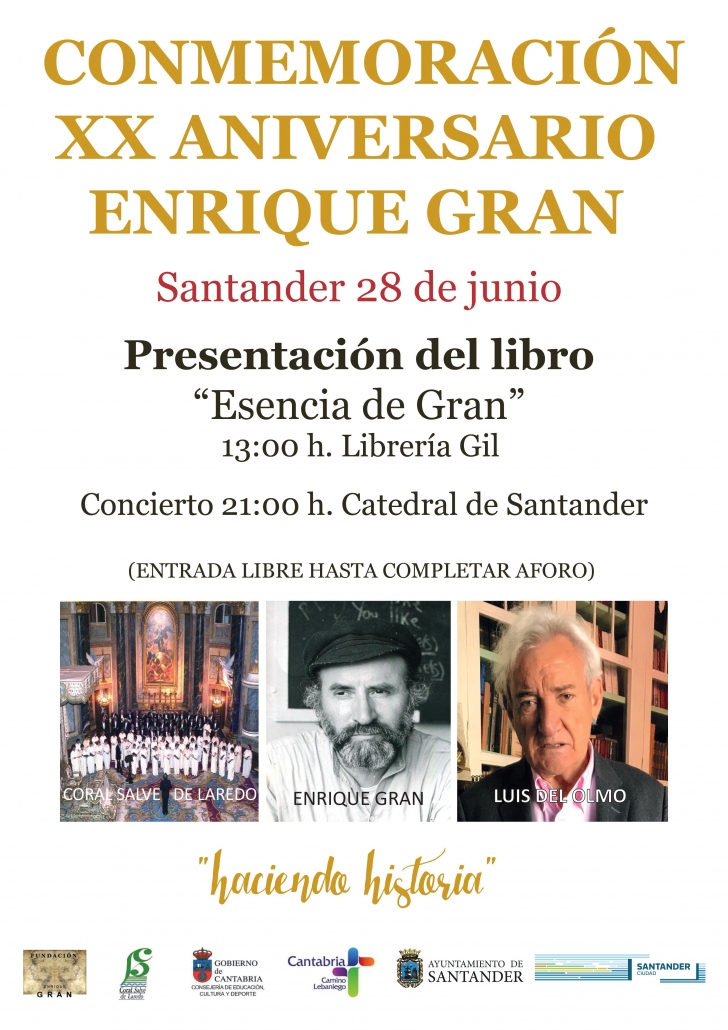