Exhibition organised by the Museo de Bellas Artes of Santander 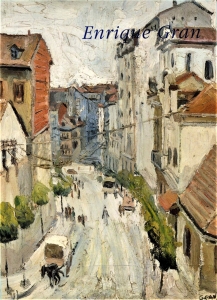 At the expense of a more attentive and rigorous study, the most important aspects that stand out in Enrique Gran’s artistic trajectory are, in our opinion, his attachment to abstraction -with its problematic-, his attention to new artistic tendencies: the solid technique that he demonstrates from the beginning, his coherence, and the significance of the work that is enriched with the passing of time.

In the second half of the fifties, Enrique Gran bravely enters the abstraction, with clear informalist signs, although he does not abandon figuration completely. He may therefore be considered a pioneer of abstraction in Cantabria, a point yet to be investigated. As can be seen, Gran is attentive to the different movements, trends and fashions – both national and international – that are taking place at this time.

On the other hand, he shows a permanent interest in technical care, which is evident in each and every one of his works, an issue that even leads him to express continuous regrets. Aesthetically, his painting moves in a baroque line of tenebrist light, supported by a generous and meticulous brushstroke.

With the passing of time, he enriches the general idea of his work, which emerges around 1967, gaining full emphasis a year later, with the incorporation of a cosmogonic world, where light and energy are a fundamental part of the result.

Fragment extracted from the texts of the catalogue