Multidisciplinary encounter on the occasion of the 20th anniversary of the death of Enrique Gran, organised by the Enrique Foundation with the collaboration of the Government of Cantabria, Santander City Council and the Salvé de Laredo Choir. Santander Cathedral.

The literary legacy of Enrique Gran in the voice of the journalist Luis del Olmo, the Salvé Choir of Laredo conducted by José Luis Ocejo, and the projections of Gran’s pictorial work, are the stars of this commemorative concert. 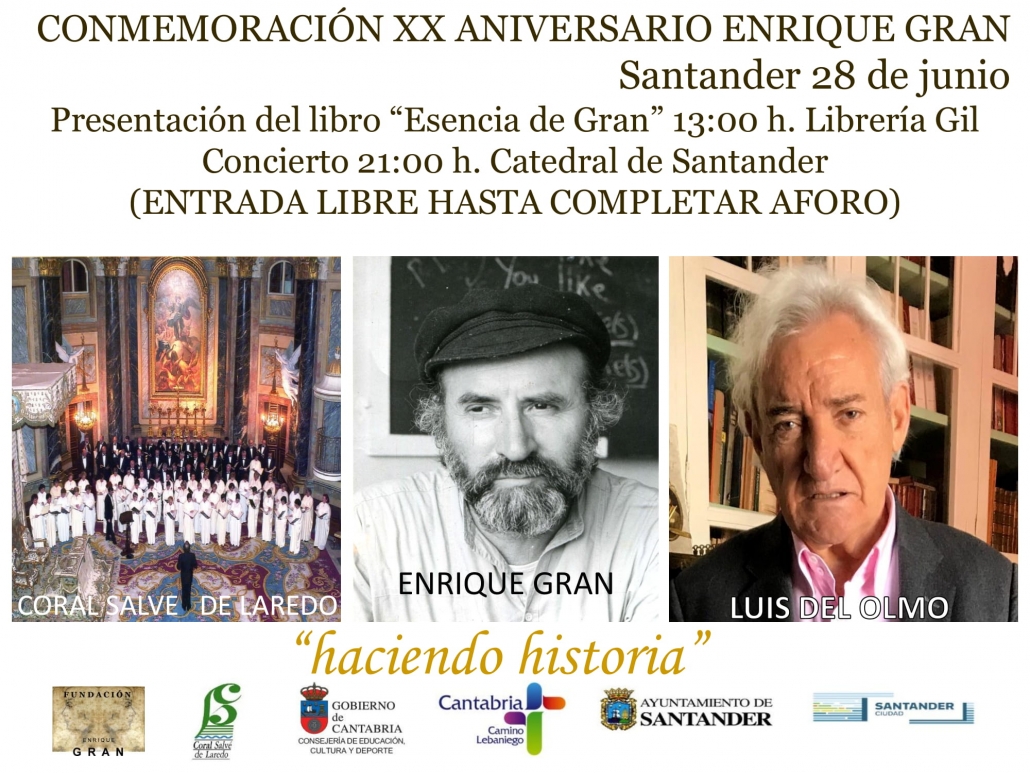