Premiere of the composition by González Acilu dedicated to Enrique Gran.

The 58th edition of the Santander International Festival joins the institutions in and out of Cantabria that have wanted to pay tribute to Enrique Gran on the 10th anniversary of his death.

As well as having once again as the image of this edition, the poster that Enrique Gran produced in the 80s, the FIS pays homage to the painter with an absolute premiere: The “CUARTETO de CUERDA nº6”, by Agustín González Acilu, by the hand of the Cuarteto Latinoamerciano, considered one of the most outstanding at international level. The quartet, made up of the brothers Saúl and Arón (violinists) and Álvaro Bitrán (cellist), together with Javier Montiel (violinist), will perform this work by the Navarrese composer who won the National Prize in 1971 and the Príncipe de Viana Prize in 2009, and who is one of the most outstanding composers of contemporary Spanish music, in the Sanctuary of La Bien Aparecida. 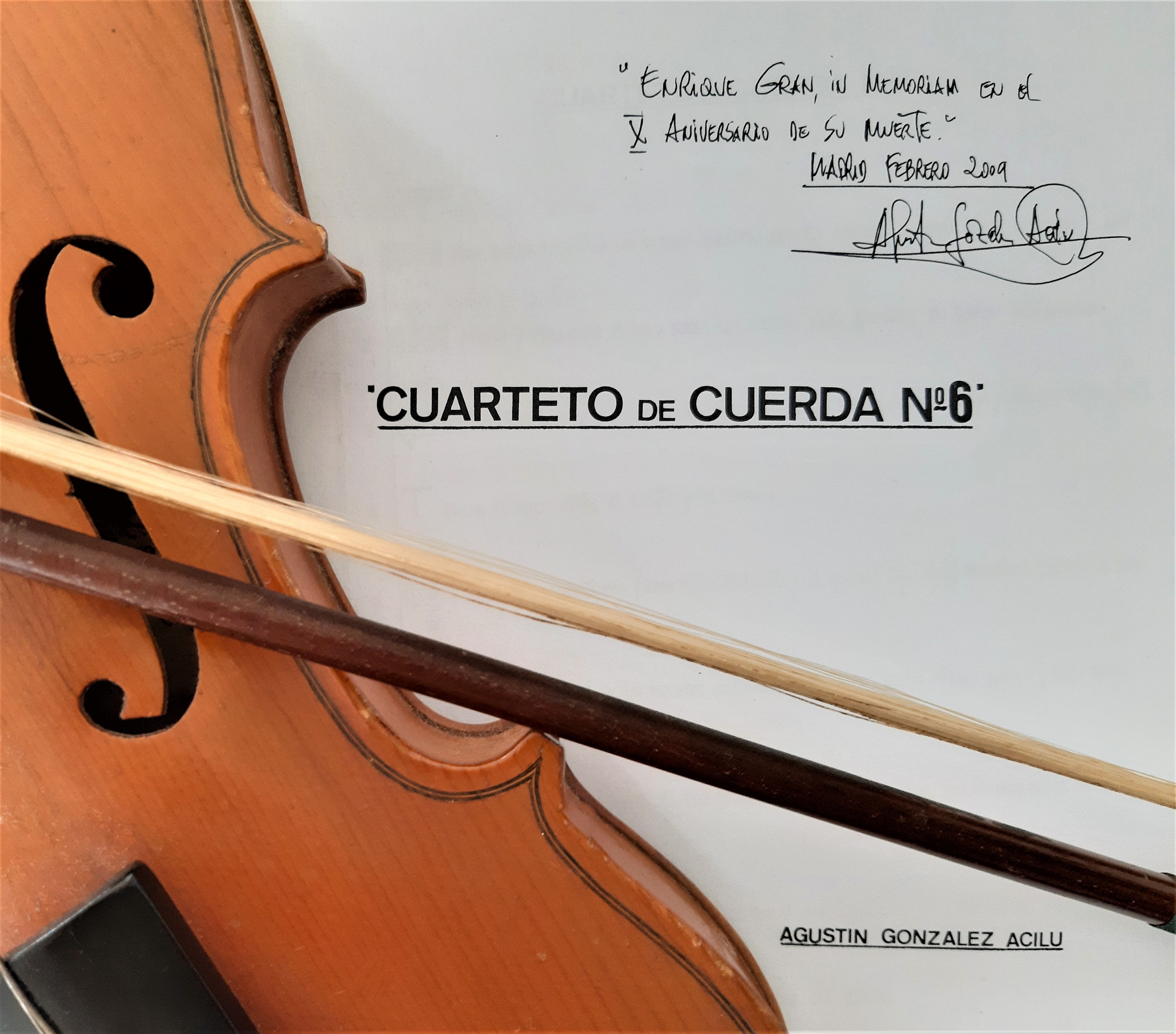